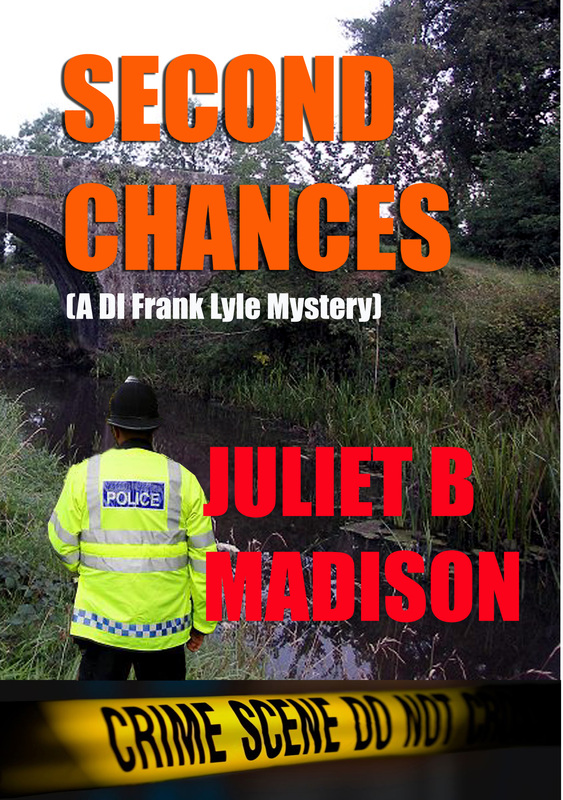 DI Frank Lyle is about to investigate the most harrowing case of his career to date. He just doesn’t realise it yet...

1982 - . A teenage girl’s body is discovered on a deserted canal towpath. Lyle struggles to balance work and the demands of his embittered ex-wife, Sarah, but he is getting no closer to finding the killer. Then the wrong man is arrested and dies in custody.


1987 - Lyle is still haunted by his failure to solve the case. Then the victim’s father asks him to reinvestigate. A second murder occurs. Working reluctantly with newly promoted DI Simon Ward, Lyle and his team cover old and new ground. But when the killer is finally unmasked can Lyle deal with the shocking truth of his identity?

Second Chances was the first of DI Frank Lyle’s cases to be documented by Juliet B Madison..

When we first meet DI Frank Lyle in summer 1982 forensic medicine as it exists today was in its infancy. DNA techniques did not even exist, which comes as a bit of a problem when investigating a rape-murder.

When we first meet  DI Lyle he doesn’t have a blemish on his career, but he has been emotionally scarred by an acrimonious divorce from his wife, Sarah, who makes it very difficult for Frank to see his eleven year old son, James, and he has a difficult relationship with his stepson, Jez.

Backed up by his colleague and best friend, DS Sunil Desai, Frank begins to investigate but things go horribly wrong with a huge cost to Frank’s career and personal life.

Five years later Frank gets a chance to reinvestigate the rape-murder of Rachael Lewis. Somewhat embittered owing to a demotion he resents the arrival of a younger newly promoted DI, Simon Ward, who doesn’t seem to have the heart or leadership qualities Frank deems necessary for murder investigation.

A lucky break leads Frank & his team to the killer, but how can he deal with the consequences of discovering the identity of the killer.

I was greatly assisted in the writing of this book by my friend, Malika Gandhi (Author of the marvellous historical novel  Freedom of the Monsoon, as well as the paranormal across dimensions of time mystery Where the Secret Lies and the Witch Crystal YA fantasy series). Malika was a huge help in giving me information with regard to DS Desai’s Hindu faith and customs of British Hindus, about which I was totally ignorant when I started.

This is where it all started.