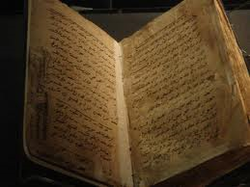 This new section will summarise events in Juliet's world and what is going on in Ashbeck.

19th May 2015  I have received the first story for the DI Frank Lyle charity anthology. Family by Katrina Bowlin-MacKenzie is a beautifully crafted moving story. I'm not sentimental about babies by any means, but I don't mind admitting this one made me cry. Watch this space for  future news.

DI Frank Lyle celebrated his birthday on 2nd May 2015. In reality he’d be 72 and twelve years retired, in terms of the series to date he would now be 50.

I have had a couple of blog articles published recently on my friend, Susan Finlay’s blog.

The Importance of Research Part 1

The Importance of Research Part 2

Thanks to my energy and concentration being leeched by illness I have not been able to get as far ahead with Dead on Arrival as I had hoped by now so it is likely the intended release in late spring will be delayed.

ADVANCED NOTICE  28th February 2015. On this day in 1993, the year the DI Frank Lyle Mystery Series has reached, Jayseera Lyle celebrated her 40th birthday. I bet she didn't feel the trepidation I do though given that I also go the wrong side of 39 next month. This year she would turn 62.