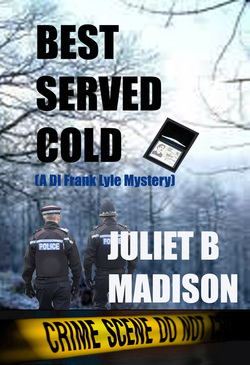 DI Lyle is about to get a glimpse into the murky world of political activism and hate crime; the murder of a prominent city councillor is just the tip of the iceberg.

The city of Ashbeck is on high alert when news breaks that convicted triple murderer and paedophile Bob Kenyon has escaped from custody.

Can DI Lyle and his team get to the bottom of this murky mess before another atrocity occurs?

In many ways this was one of the hardest of the series to write. For one thing I had to get not into the mind of one paedophile, but two. I also had to explore the dimensions of hate crime and the lengths to which people will go to make their point. Of course actions have consequences that impact not only on the target group but society as a whole.

DI Lyle and his team not only have Kenyon’s jailbreak to contend with, but also the murder of former Mayor George Driscoll at whose New Year’s Eve dinner party Kenyon was originally arrested almost two years before towards the end of Heir to Misfortune.

This story is not only about murder and revenge though; there is reconciliation and a sudden awareness of the fragility of human life as well as the strength of the human spirit as it rises above adversity.

I’m very proud of this story and surprised because it took me places I neither expected nor wanted to go.