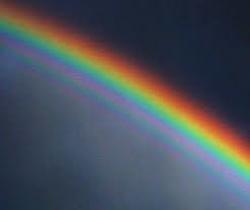 I’m well aware that the subject of Spiritualism provokes a myriad of reactions. However I’m not shy of tackling controversy head on and so I’m writing this article about my personal beliefs. This website is not just about the DI Frank Lyle Mystery Series, it’s about my own life as well and what we do or don’t believe is important to us.

Unfortunately there are many fake mediums out there that undermine people’s beliefs and provoke a level of scepticism. People of certain religious persuasions are also in opposition to the belief that the spirit world is accessible. I am not here to attack those beliefs, merely to state what I believe to be true.

I have attended church in the past and I have believed, however I believe that God no longer cares about His creation. Why else do good people who would never harm anyone die of cancer while paedophiles are able to ply their sordid trade under the radar and Islamic extremists able to bomb anyone they feel like without punishment? When was the last time you heard about a convicted paedophile, mass murderer, rapist or political extremist dying of cancer? Exactly. You don’t hear about such things. I’m sure they happen but the British public might be glad to hear their taxes were no longer keeping a piece of filth because he died of cancer?

When my partner, David, died of cancer in September 2008 I was angry and aggrieved. I had strayed from the church long before and taking away the one person who meant something to me is not the way to bring a lost sheep back to the fold in my view. I am still very angry with the God I used to believe in & that isn’t likely to change anytime soon. The last few times I have been to the church I once attended regularly has been for funerals or memorial services.

Shortly after David’s death I attended a local spiritualist church with my dad.

Regrettably I am unable to attend regularly as I’m lumbered with spending my weekday evenings cleaning up after messy people who would not know a bin or a dish cloth if they fell over one. If I get a Thursday evening off then I go. I’ve also been to a psychic development circle but, yet again, work prevents me from attending regularly and something like that you need to be able to commit your time to.

I don’t read Tarot cards and I would certainly NEVER use a Ouija board. My good friend and YA author Tricia Drammeh’s book The Séance should be enough to put anyone off playing with what they don’t truly understand. It is especially not a good idea for emotionally immature teens that don’t realise what they are opening themselves up to.

If I want to contact a medium I go to the coffee morning at my local spiritualist church on the last Saturday of the month and pay a medium who knows what s/he is doing. I shall be going this weekend as it happens.

Am I psychic? I think that to all intents and purposes we all are, whether we chose to acknowledge it or not. I am sensitive to spirits, although I’m unable to see or hear them I am aware that they are there. I know that David is always close by. I have been to the Oxford Castle Unlocked tourist attraction a few times with a sceptical friend & part of the tour includes a crypt. We had the same guide on each occasion acting the character of an old style Prison warden. Oxford Prison actually closed in 1996 and re-opened as a tourist attraction a few years later. It was in this prison that triple murderer and paedophile Bob Kenyon was imprisoned during the DI Lyle series prior to his escape during the last full length novel Best Served Cold.

Occasionally I get a random thought not in line with my own way of thinking and I believe this to come from the spirit world although I seldom hear it as a audible voice. When I see a rainbow I usually become aware a short time later of someone known to me, however casually, who has passed. Sometimes I know before I’m told that someone has passed, but that usually only works in the cases of people known to me. Last year I got off a train in Oxford with my friend, Dean (we were going to visit Blenheim Palace) and had left the station to find the bus stop). I felt a sense of foreboding then my phone beeped with a text from a friend to say that her husband had died a few moments previously. A Winter Murderland was dedicated to his memory. Seven years ago this March I, and various members of my family, were at the hospital most of the night with my paternal grandfather who had not been expected to survive the night. I went home in the morning and at around 1.30 pm my phone rang. I answered it, seeing that the caller was my mum, and I knew what she was going to tell me even before she said that Grandpa had died about ten minutes ago.

There is one instance when I have heard a voice. By now you are probably thinking I’m barking and need to be certified. I would rather not speak about that because it was deeply personal. I have had various messages via mediums, telling me things they could not have known about those I knew who had passed. I have had a couple messages from my maternal grandmother, who I never met, but my dad was able to confirm the physical description the medium gave me. (My mum is sceptic so I would not ask her). I’ve also had messages from David, telling me that he is waiting but it’s far from being my time to pass. He is happy and watching over me.

A couple of years ago I was really ill. I had got a chest infection without realising it and it had caused my blood glucose to spiral out of control and Ketoacidosis to develop. Back then I had not done the DAFNE course and did not know about the sick day rule for treating hyperglycaemia.  My friend, John, turned up and used the spare key to let himself into my trailer. He had only ever seen me have a hypo so he gave me Coke. He quickly realised all was not well so called 999. I remember being helped down the steps but I don’t remember anything after that until I woke up in A&E (The Emergency Room to you guys across the Pond).

To this day I firmly believe that David sent John to help me as he could not physically do so himself. I’m aware that Christians will believe different but so be it. Believe what you will. It’s my life after all.

DI Lyle is fairly broad minded. He does not believe in God but he believes that his late best friend, DS Sunil Desai, is looking out for him. I’ve decided against having a medium helping the police storyline. Even if s/he is genuine the apathy and scepticism in this field of fiction is still irritating. Murders could be solved much better and quicker if mediums could contact the murder victims and get their testimony accepted in a court of law after all.

So what do you believe about the Afterlife? Please use the contact form to let me know.