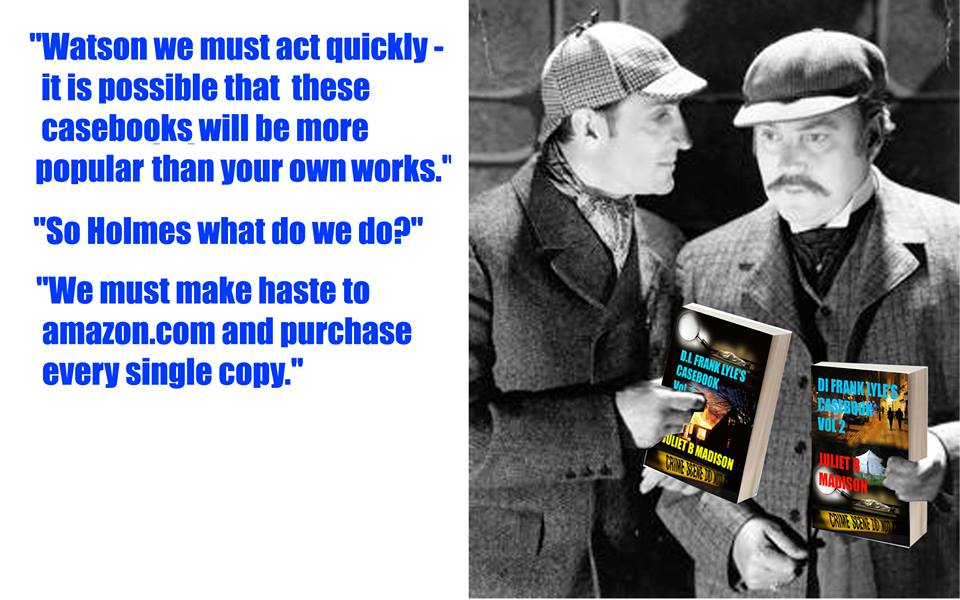 DI Frank Lyle is a man with a true passion for justice and a real compassion for victims of crime and those left behind.

A badly burnt body is discovered at the scene of a suspected Arson attack.

DI Lyle also finds an abandoned baby girl. But who is the child and can her identity help bring them any closer to solving the case?

The hunt for the missing girl becomes a race against time as Gabriela is missing vital medication she needs for her well-being. There is also notion that a kidnap gang is once more active.

Will DI Lyle and his team find Gabriela in time?

When a troubled young woman starts to receive threatening letters, DI Lyle is drawn into a web of lies, deceit, danger and marital infidelity.

But it appears she is not telling the whole truth.

Can DI Lyle get to the bottom of the murky lies before someone is seriously harmed - or worse – killed?

In his career DI Lyle has also worked on cases which, while interesting, would not be long enough to make a full length novel.

Therefore I hit on the idea of bringing out a series of volumes of novellas entitled the DI Frank Lyle Casebook Series.

There are currently 2 volumes in this series and if I am not too busy I may bring out another in the near future. Watch Facebook and this site for further details as the months go by.

The first volume contains three novellas, detailed above.  Once again the issue of Type 1 Diabetes rears its head because this is the reason why finding Gabriela Marquez in Vanished is so vital.

I got the idea for this series from Arthur Conan Doyle’s Sherlock Holmes stories, which I love. Incidentally DI Lyle loves them too and his favourite is The Speckled Band, which he can’t understand due to the reason that, like me, he is petrified of snakes.