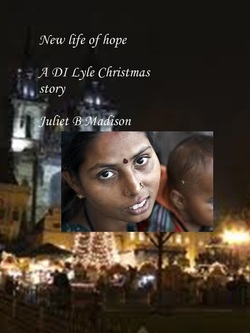 New Life of Hope was the Official DI Frank Lyle Christmas Story 2014. It features recently widowed new mother Almira Desai coming to terms with a future without her murdered husband and the fact that he will never get to see or hold his newborn child, named Sunil in his honour and memory.


It was the early afternoon of Christmas Eve nineteen eighty-two. Almira Desai lay in her hospital bed. She was resting after the exhausting process of giving birth to her son, Sunil, in the early hours of that morning. The baby lay sleeping in the crib. While she hadn’t been forbidden to get up she had been told to exercise caution due to the stitches she had had following the birth.